Lingzhou-shaoxing 800kV uhv dc project has a rated transmission capacity of 8000MW, which is sent to lingzhou converter station and received to shaoxing converter station. The transmission distance of this project is about 1722km. The section of dc wire is 6 1250mm2, the dc voltage is 800kV, and the dc current is 5000A. Lingzhou-shaoxing 800kV dc transmission project is a bipolar dc system. The system consists of 2 complete monopoles, each of which is composed of 2 12 pulsating converter units in series. The converter transformer adopts single-phase double-winding type, and the flat-wave reactor adopts dry type, and two single coils with inductance value of 75mH are respectively arranged on the pole line and neutral line of each station and each pole. Comcore all-fiber dc current measuring device is installed in lingzhou converter station with complicated climatic conditions. It is used for neutral line current measurement in outdoor dc field with rated current of 5000 amperes. The all-fiber dc current measuring device was designed and developed by Comcore Optical Intelligence independently, including the development of the internationally leading special current sensing optical fiber (special spiral birefringence ellipsometric polarization maintaining optical fiber) and the development of the technology of embedding the line-maintaining polarization optical fiberin the insulation column. Realized the core material all localization or the independent development. The station was officially put into operation in August 2016. 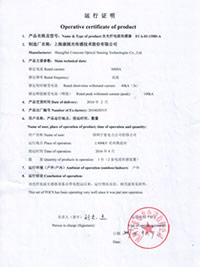 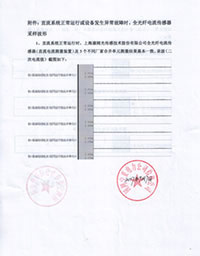 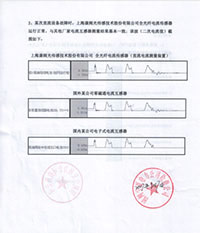